All the Companies Disney Owns

The Walt Disney Company was already a behemoth of a company. Now with the recent acquisition of 21st Century Fox and all of its assets, Disney is just that much larger! Most are familiar with some of the companies/brands they have acquired over the years including Pixar, Marvel, Lucasfilm (Star Wars), ABC and ESPN, but the list does not end there.

In the following infographic, TitleMax.com has done their best to display all of the companies, brands and assets that Disney owns and operates. It’s hard to imagine that this “all started with a mouse!” 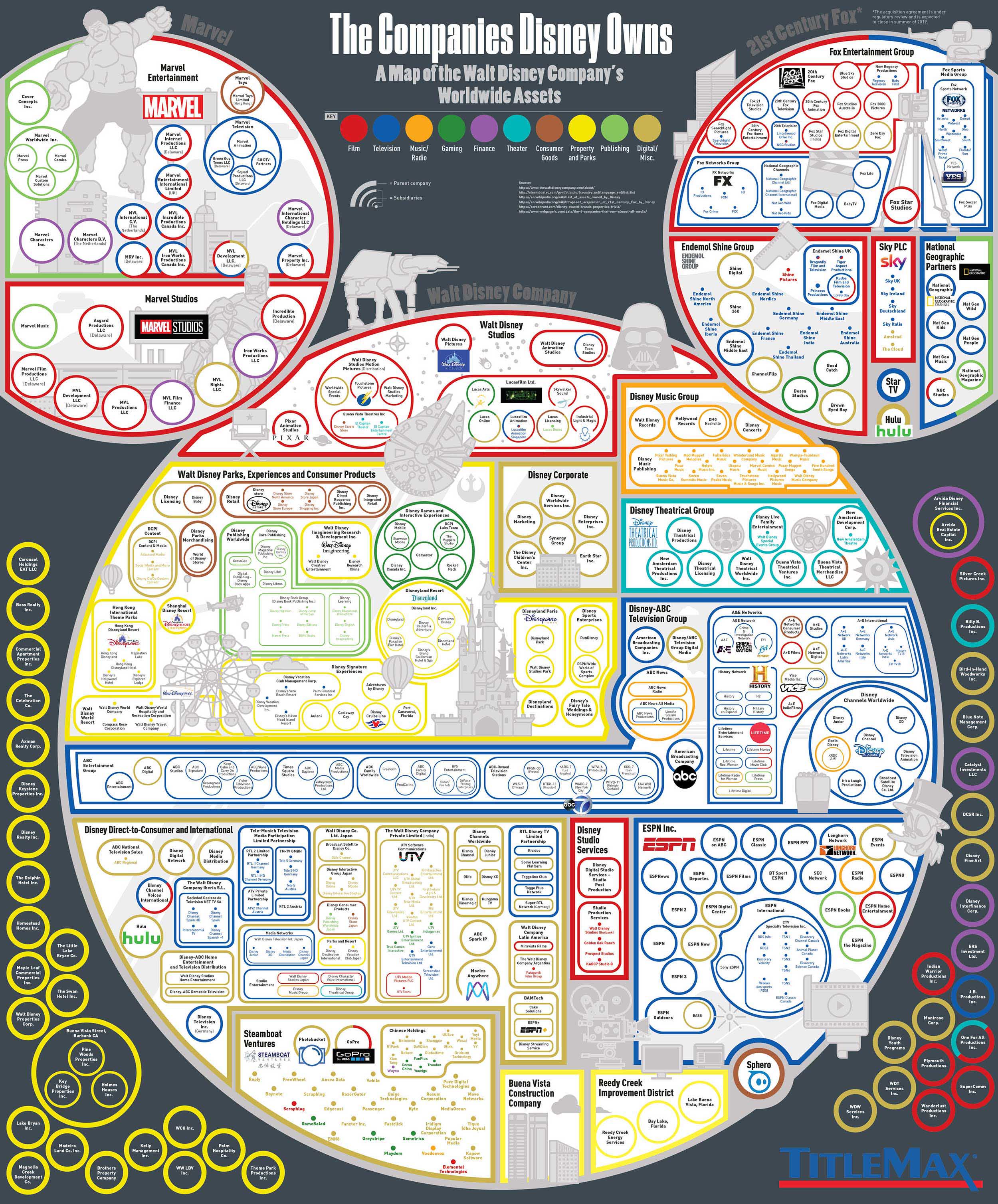