New details have been released at the D23 Expo regarding the new Marvel-themed land that is being developed on what was formerly “A Bug’s Land.” This includes information on two new attractions, one featuring Spider-Man and the other The Avengers. Once complete, the land will include the “Guardians of the Galaxy – Mission: Breakout!” which was formerly “The Twilight Zone Tower of Terror” but re-themed in 2017 to feature a Guardians of the Galaxy story-line.

Personally, I have not been a huge fan of all the Marvel super heroes invading Disney Parks and would really like to see Disney build separate parks to feature Marvel characters and story-lines.

That being said, “A Bug’s Land” was never that great, not too mention that the film itself that the land was based on is one of Pixar’s least popular animated films. So, I completely understand that Disney would want to do something else with the area, especially seeing that they had already re-themed the “The Twilight Zone Tower of Terror” to a Marvel story-line.

Enough of my own thoughts and commentary. Following are all the details from the official Disney press release sent to us.

Super Heroes Assembling Around the World

Guests can suit up alongside their favorite Super Heroes at the Avengers Campus, beginning in 2020 at Disney California Adventure park and later at Disneyland Paris. Both campuses will feature the first Disney ride-through attraction to feature Spider-Man. The attraction will give guests a taste of what it’s like to have actual super powers as they sling webs to help Spider-Man collect Spider-Bots that have run amok.

As Super Heroes continue to assemble at both campuses, one of the iconic buildings in California will be the Avengers Headquarters. The building will become the future entrance to a brand-new E-Ticket attraction where guests will fly alongside the Avengers in an epic adventure to Wakanda and beyond when it opens in the next phase of development. 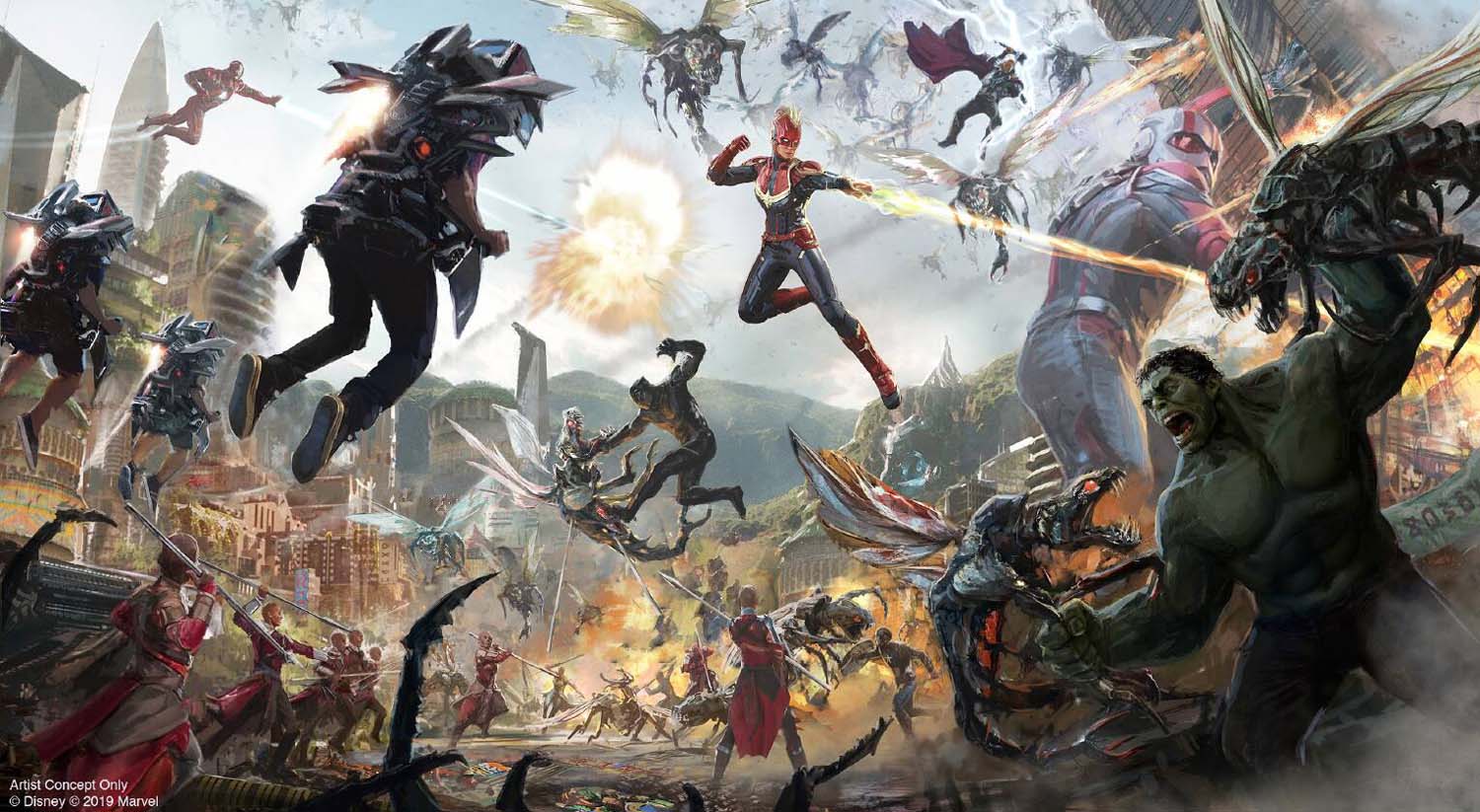 Avengers Campus will feature Pym Test Kitchen where Pym Technologies is using the latest innovations to grow and shrink food.

Guests will also find heroic encounters throughout the campus, including Ant-Man and The Wasp, Doctor Strange, the Guardians of the Galaxy, Super Heroes from Wakanda and Asgard, and Iron Man. Guests may even catch a glimpse of the Avengers along the rooftops of the Avengers Headquarters.

At Disneyland Paris, guests can extend their adventures at Disney’s Hotel New York – The Art of Marvel, opening next summer. The hotel will celebrate 80 years of Marvel art and artists, with more than 300 stunning pieces on display. Rooms will include one-of-a-kind themed suites featuring favorite Super Heroes like Spider-Man, and guests can even meet these legends in a dedicated space.