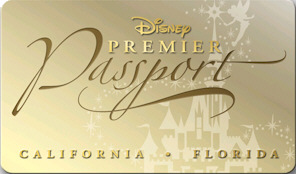 If you have been waiting for an annual passport that would allow access to both Disney theme parks in the United States, wait no longer. Disney now offers a new premium annual pass for admission to the parks at both Disneyland Resort and the Walt Disney World Resort called “Disney Premier Passport.” It’ll feature the same benefits offered with the “premium” annual passes for Disneyland and Walt Disney World Resorts and will sell for $700.

Features for each park are listed below.