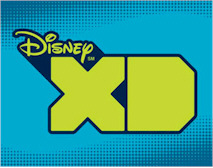 DisneyXD.com is ad supported and will continuously roll out new, advanced features to ensure a fresh, fun experience every time Guests log on. At launch, features of the site include:

The dynamic gaming content on DisneyXD.com is the latest addition to Disney Online’s growing portfolio of casual game offerings, which include a unique mixture of original content and licensed games, designed for kids, tweens and their parents. The constantly evolving and relevant portfolio of high-quality, compelling casual games allow fans to more deeply engage and interact with their favorite Disney characters and shows. According to a recent analysis by ComScore, Inc., Disney Games ranked third among online gaming destination with 13.4 million visitors in December 2008, and had a reported traffic increase of 13 percent from the previous year. According to the data, online gaming usage in the U.S. grew 27 percent over the past year to 86 million visitors in December 2008. Moreover, the total time spent playing online games increased by 42 percent.

The simultaneous rollout of the Disney XD channel on Feb. 13 will include a cross-platform on-air, online and mobile broadcast of the new original series, “Aaron Stone,” and will feature a special online challenge where players can earn points to unlock the “Aaron Stone” battle suit for their avatar’s wardrobe. More information and details can be found online at www.DisneyXD.com.

Disney XD, launching Friday, February 13, is a basic cable channel and multi-platform brand that will showcase live-action and animated programming for kids age 6-14, hyper-targeting boys and their quest for discovery, accomplishment, sports, adventure and humor. Disney XD branded content will span television, online, mobile and VOD platforms. The programming includes series, movies and short-form, as well as sports-themed programming developed with ESPN. In the U.S., Disney XD will premiere on a 24-hour, advertiser supported network (currently known as Toon Disney) that reaches over 72 million households via its basic cable affiliates.

Disney Online, a unit of Disney Interactive Media Group, produces the No. 1 ranked kids’ entertainment and family community destination on the World Wide Web. Launched in 1996, Disney.com is the online gateway to all of the company’s Disney-branded entertainment initiatives, providing comprehensive access to, and information about Disney movies, travel, television, games, mobile, music, shopping and live events.