Disney’s Animal Kingdom recently welcomed the birth of a critically endangered western lowland gorilla. The newborn is doing well and has already become an integral part of the gorilla family group that includes first-time mother, Kashata, father Gino and two other females. 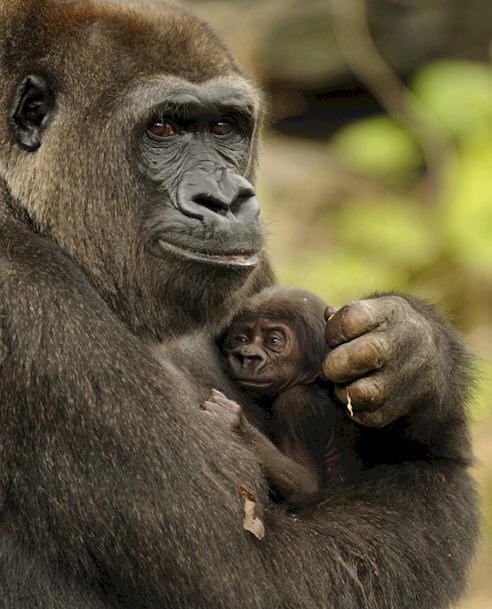 The baby gorilla is the third born at the park as part of the Association of Zoos and Aquariums (AZA) Species Survival Plan which manages genetic diversity among species through detailed records of individual animals. Disney’s Animal Kingdom also participates in AZA Species Survival Plans for several other animals, including elephants, cotton-top tamarins and okapi.  The first gorilla birth occurred in 1997 before Disney’s Animal Kingdom opened, and the second baby arrived in 1999.

Since the mother, Kashata has been holding the baby close to her body, animal keepers have yet to determine the baby’s gender. So I assume we wait for a name but whatever gender the baby is, he/she sure is cute. Mama looks mighty proud as well.

If you are visiting the park, you can see the newborn gorilla now at the Pangani Forest Exploration Trail.