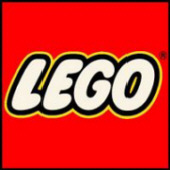 Disney Consumer Products and the LEGO Group recently announced a multi-year licensing agreement that gives the LEGO access to an extensive portfolio of renowned Disney and Disney Pixar properties. LEGO and LEGO Duplo products are currently in development for three franchises — Disney Pixar’s Toy Story and Cars, and Prince of Persia. The products will launch in 2010.

Toy Story-themed construction sets will be available on both LEGO Duplo and LEGO System platforms, building the adventure and fun for children ages 2-12. LEGO System products based on Toy Story and Toy Story 2 will launch in January 2010, to be followed in May by construction sets based on the new animated feature, Toy Story 3, scheduled to hit theaters in Disney Digital 3D June 2010. Toy Story-themed LEGO Duplo products launch in June 2010.

A line of LEGO System construction toys based on the film “Prince of Persia: Sands of Time,” which is scheduled to release in May 2010 is also in development. The film, based on the best-selling video game franchise of the same name, tells the story of Prince Dastan’s struggle to stop an evil ruler from unleashing a sandstorm that could destroy the world. Prince of Persia-themed LEGO products are scheduled to launch in April 2010.

“We are thrilled to team up with Disney, another of the world’s premium brands for families with children. When two brands who share similar values bring their franchises together — in this case a timeless play pattern with some of the industry’s most beloved stories and characters — and combine their access to families, retail strength and marketing power, amazing things can happen. We can’t wait to launch the first three lines and look forward to exploring all of the ways in which we bring the wonderful world of Disney to life in LEGO form.”

“Joining forces with LEGO Group speaks to the commitment and vision both companies share for quality product and innovative creativity that invigorates kids play,” said Vince Klaseus, senior vice president, global toys, Disney Consumer Products. “Our collaboration will continue to extend the vitality of our roster of franchises by bringing our characters and their worlds to life in a fresh and exciting way. Through these new LEGO product lines, Disney will continue to build presence in the construction toys category and grow market share in the boys demographic.”