Look Inside New Little Mermaid “Under The Sea” Attraction at WDW

Of interest is the ride layout (I love maps of ride layouts) which can be seen at about 1:20 minutes into the video but also captured and shown below for your careful inspection. 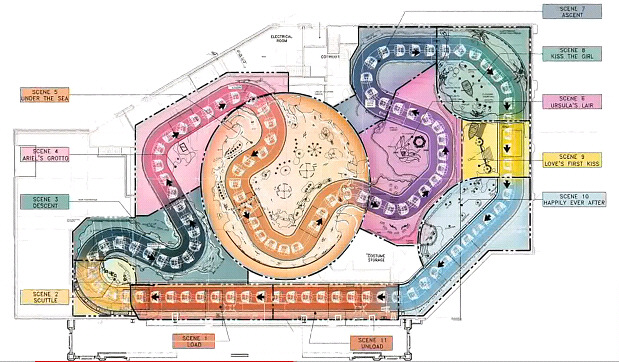 If you have already experienced the Anaheim version of this new attraction, keep in mind that the Walt Disney World one will be bigger and better due to a larger budget and more room for the ride itself.

With no further ado, enjoy this video!