On the same day Disneyland is celebrating its 54th birthday, Disney Imagineering legend, Marty Sklar, is retiring after 54 years of service. Marty was honored today prior to the park’s opening with the dedication of a new window on Main Street, U.S.A. He rites from the position of International Ambassador for Walt Disney Imagineering and leaves behind an incredible legacy.

Born in New Brunswick, New Jersey, Marty was a student at UCLA and editor of its Daily Bruin newspaper in 1955 when he was recruited to create an 1890s-themed newspaper, The Disneyland News, a month before the theme park opened. After graduating, he joined Disneyland full-time in 1956, where he held responsibility for most of the park’s publicity and marketing materials. 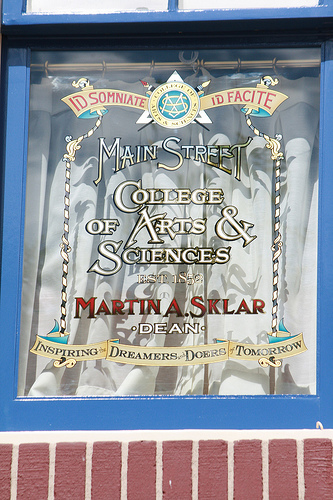 In 1961, he moved to WED Enterprises, renamed in 1986 to Walt Disney Imagineering, where he worked on attractions for the 1964 New York World’s Fair. Among the attractions he helped to design during this period were The Enchanted Tiki Room and It’s a Small World, the latter originally for the World’s Fair. For nearly 10 years, he wrote personal materials for Walt Disney for use in publications, television and special films. In 1974 he became vice president of concepts/planning, and guided the creative development of EPCOT Center (now known as Epcot) at Florida’s Walt Disney World Resort.

As vice president of creative development, executive vice president and then president of Imagineering for nine years, Sklar supervised the design and construction of Tokyo Disneyland, the Disney-MGM Studios, Disneyland Paris, Disney’s Animal Kingdom, Disney’s California Adventure, Tokyo DisneySea, the Walt Disney Studios Park and most recently Hong Kong Disneyland. Former Disneyland International chairman Jim Cora later said of him, “He understands the Disney way because he learned it at Walt’s knee. He is the keeper of the keys, the conscience, the Jiminy Cricket for the organization.”

On February 16, 2006, the chairman of Walt Disney Parks and Resorts, , Jay Rasulo, announced that Sklar would resign from his current position and take up the new position of international ambassador for Walt Disney Imagineering. The occupation would entail traveling around to art and design and architecture colleges, universities and other institutions around the world, offering seminars and attracting new talent to the company, as well as being a presence at future attraction and park openings, representing the company. 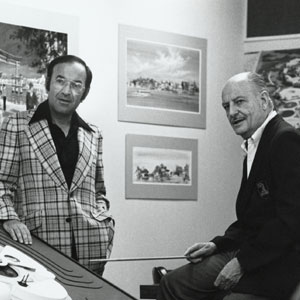 Marty said in a joint statement, “I knew that as my 72nd birthday and my 50th Disney anniversary approached, I would look for new challenges, so when Jay Rasulo asked me to talk about the future, I was ‘all ears’ to a challenging proposal Jay made. It not only seems to be one of those ideas that is overdue, but it was clear to me that I am the perfect casting (perhaps the only candidate) capable of originating and organizing this assignment.”

In 2001, Marty was recognized as a Disney Legend and was the second recipient of the Themed Entertainment Association’s Lifetime Achievement Award. He continues to serve as president of Ryman Arts, whose Ryman Program for Young Artists honors the late Herb Ryman, an artist, designer and fellow Disney Legend.

I leave you with a couple of great tributes that have been written up on Marty’s fantastic career – “Our Ambassador Travels On” at D23 and “Thank You For 54 Incredible Years” at DisneyShawn.