City officials have confirmed that Shanghai Disneyland will consist of three theme parks. Additionally the resort, which is planning to open in 2015, will have a a special Metro line that will transport visitors to the theme park. This will be China’s second Disneyland property and the first on actual China mainland, the other being located in Hong Kong. 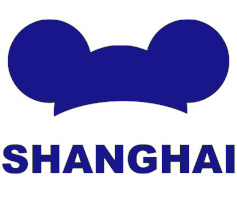 Details had been made public of one of the parks, “Magic Kingdom.” The possible choices for the other two theme parks are “Epcot” and “Animal Kingdom,” delegates at Shanghai People’s Congress were told yesterday.

Dai Haibo, deputy director of Pudong New Area government and a congress deputy, said he was deeply impressed by the Orlando Disneyland which includes four theme parks, including Magic Kingdom, Epcot, Animal Kingdom and Disney’s Hollywood Studios. He promised that Shanghai Disneyland will provide entertainment for both adults and children.

Large-scale construction on phase 1 of the project is expected to get under way in May. There is no start date for the other parts.”

Meanwhile, the route of the 9.2-kilometer metro line was recently published online by Shanghai’s environmental authorities to solicit public opinion on environment issues. Work on the dedicated Metro line, which is expected to cost 3.992 billion yuan (US$606.3 million), is set to begin in September. Trains will start running in July 2015.

The line will connect to Metro Line 11 at Luoshan Road Station, providing passengers from downtown Xujiahui area and suburban Jiading District with subway access to the much-anticipated park in Pudong. Its final stop – Disneyland station itself – will connect with the Metro Line 2 via shuttle bus lines.