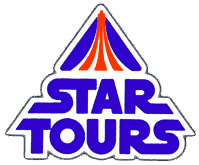 During the recent Star Wars Celebration V hosted in Walt Disney World Orlando and specifically the “Last Tour to Endor” – a special farewell to the Star Tours attraction based on the film, Disney and Lucasfilm released a new video that will play in the queue of the attraction at both Walt Disney World and Disneyland Park.

It appears that the footage used for Bespin and the forest moon of Endor are taken from the finale of the revised version of Return of the Jedi from 1997.

Also note that at the end of the Alderaan footage, the vehicle approaching the landing pad is the new Starspeeder 1000, which replaces the Starspeeder 3000 from the original attraction.

With no further ado, here is the new queue video for the upcoming Star Tours 2.0 scheduled to be complete in 2011.