Orlando Attractions Magazine is reporting that the rumors surrounding recently leaked blueprints related to a very near future expansion of Fantasyland in Walt Disney World’s Magic Kingdom are indeed true. In fact signs that construction is about to begin are already evident.

If you recall from my recent write-up, the plans (shown below) call for the addition of several new areas to Fantasyland including sections devoted to Disney princesses Aurora, Ariel,  Belle and Cinderella. Additionally, Dumbo would be moved and enhanced with two spinning sections instead of one and Tinker Bell and her fairy friends would take over the current entrance of Toontown, replacing it with Pixie Hollow. 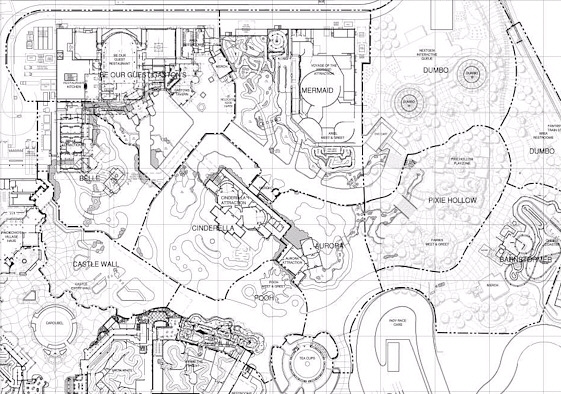 Here is some new information related to the expansion:

Now I must point out that Disney has not officially announced any plans to renovate Fantasyland in Orlando yet, so it is all still rumors at this point. We will certainly keep wtach on any further news related to this “possible” project.