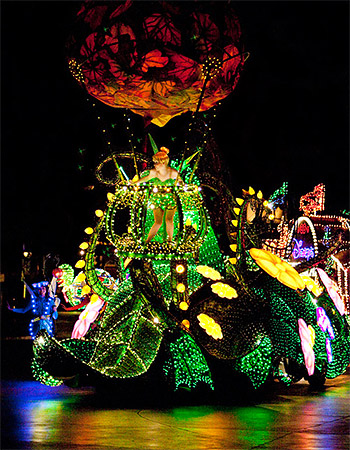 Walt Disney World has announced plans for ‘Summer Nightastic!, a series of events that begin in early June 2010 and run through the summer season. Summer Nightastic! will include the return of the Main Street Electrical Parade, a huge daily firework show (a renamed ‘Magic, Music and Mayhem’) at the Magic Kingdom, and a new drop profile and effects for the Tower of Terror.

Disney magic will shine and shimmer in a whole new light.

Here’s a look around: