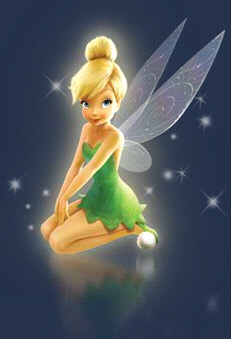 Attention all you artists – time to darn your artistic skills for a new contest held by Disney Fairies Pixie Hollow. The site is seeking artistic players to create their own Fairy house design between now and February 22, 2010. The director of the upcoming movie “Tinker Bell and the Great Fairy Rescue ” will choose a winner who will receive a vacation for four to the Walt Disney World® Resort in Florida. Their creation will also be featured at the Epcot® International Flower & Garden Festival.

Here is the official press release from Disney.

NORTH HOLLYWOOD, Calif. – February 4, 2010 – Disney Online announced today their latest contest in the popular online world for girls, Disney Fairies Pixie Hollow (www.PixieHollow.com). In honor of the film “Tinker Bell and the Great Fairy Rescue,” out on Blu-ray™ and DVD later this year Disney Fairies Pixie Hollow is looking for players to create their own Fairy house design between now and Feb. 22, 2010. The director of the upcoming movie will choose the winner who will receive a vacation for four to the Walt Disney World® Resort in Florida to have the unforgettable experience of seeing their very own Fairy home in person. Their inspired creation will also be featured at the Epcot® International Flower & Garden Festival.

“The Pixie Hollow online community is extremely creative and passionate about the world of Tinker Bell and the Disney Fairies,” says Jason Everett, Disney Fairies Pixie Hollow product director. “This contest offers our fans an exciting opportunity to utilize their love of Fairies as inspiration to create their very own Fairy House Art design.”

Following last year’s debut, the Pixie Hollow Fairy Garden will once again be part of the Epcot® International Flower and Garden Festival this spring. To prepare for the anticipated event, PixieHollow.com is looking for fans to draw upon their imaginations to design a Fairy house that they would see on the mainland using lost things and materials from nature. The design must include a description of all of the materials needed to build the house. Contest rules along with the entry forms are located on the Pixie Hollow website (www.PixieHollow.com).