The Disney History Institute is making their first documentary in a video that showcases Disneyland as it was in 1955 and includes a trip around the park on the original Disneyland steam train and passenger cars. The footage is quite interesting as it reveals the park in its infancy as well as the original cars that had passengers facing forward as opposed to today’s side seating. 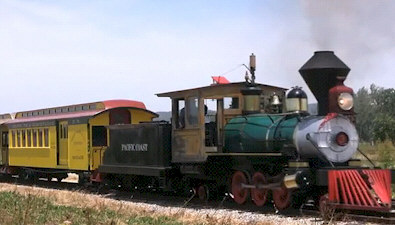 After the Disneyland footage, the video switches over to a special charity event in San Luis Obispo where the original Combine car, restored by the Carolwood Society, is reunited with the rest of the passengers cars from 1955. Also featured in the video are two short interviews with former Imagineer Bob Gurr and current Walt Disney Imagineering Vice President, Tony Baxter.