S.W. Wilson of Theme Park Concepts designed a park map of what Shanghai Disneyland MIGHT look like. I say “might” because Disney has not released an official blueprint or park map to date. Rather, the map below is based on several clues that have been released about the park that you can read more about here. Still it is a great effort and a fantastic look at what this new theme park might look like.

First a disclosure from S.W.

We know park plans can and do change & evolve.  My drawing – a rough interpretation based upon the previously-discussed sources – meant for fun & discussion.  But, unlike most of my site plans, this is not a work of fiction.  It is a 2-D translation of the 3-D massing model, and the rough placement of vertical structures & paths is fairly accurate.    The actual content (what kinds of attractions those structures contain), on the other hand, is more based on informed guesswork (with a few bits officially confirmed).  Still, as far as the physical layout of the resort is concerned, what follows may be the closest thing to a park map (of the current iteration of Shanghai) any of us outside WDI will ever see. 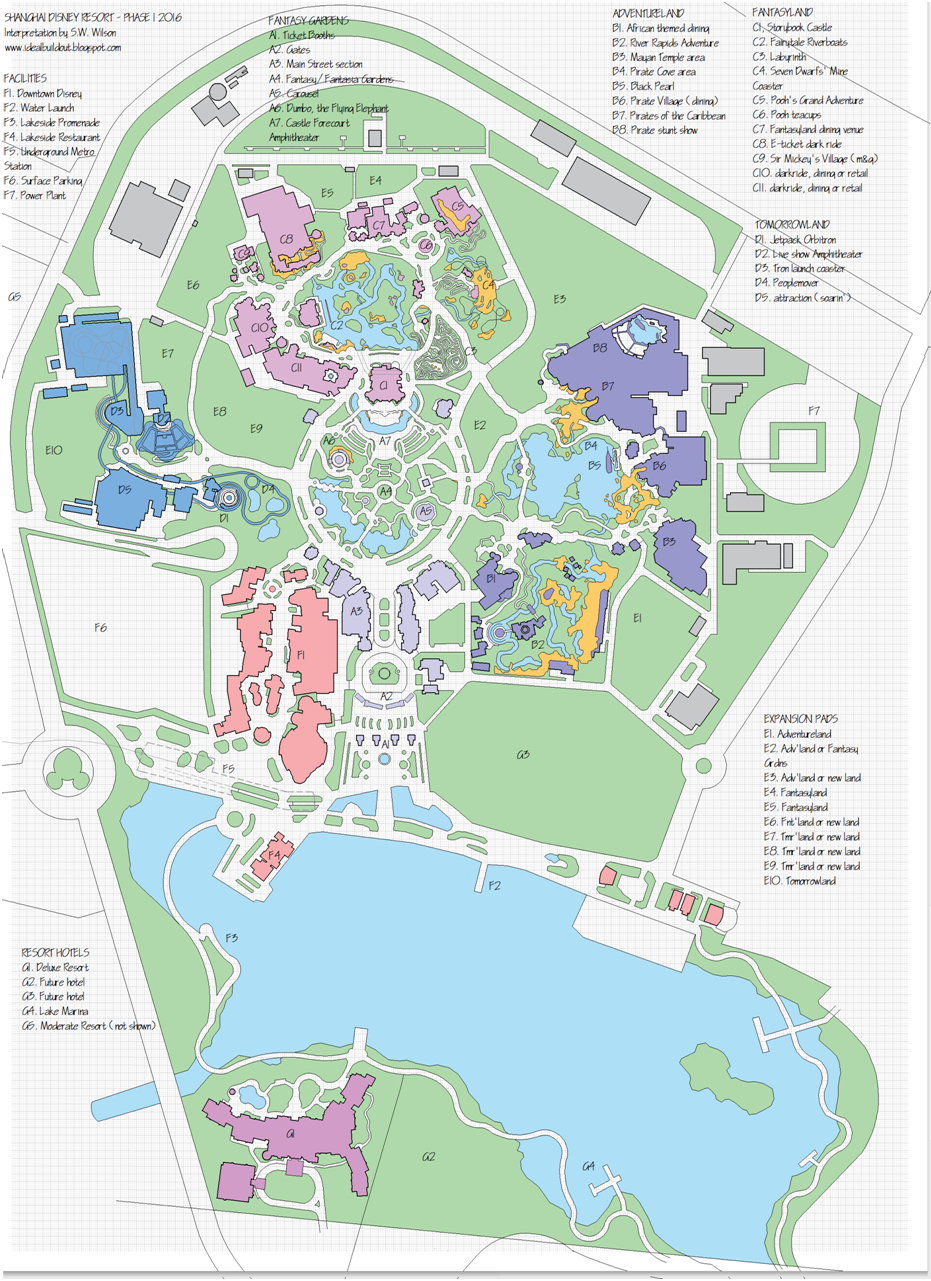